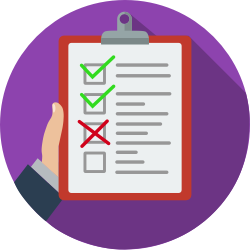 There is a term in software development – defensive coding – it is an approach to software design and development that tries to ensure that an application continues to function despite unexpected events such as actions by users or changes in the environment in which the app is running. The thing is, despite employing these techniques, situations can, and sometimes do, still occur that mean that execution of our app simply can’t continue. In this article we’ll look at how to identify and debug those situations using a group of functions available in Swift called assertions.

Simple examples include checking that an integer index is within a given range before we attempt to use it as a subscript or ensuring that an optional value is not nil.

As the name suggests, assertions allow us to assert that an essential condition is true before execution continues.

On the face of it, this might not seem like much. After all, we can achieve a similar check using language constructs such as an if statement or optional binding, so why exactly do we need assertions? The thing is, assertions are a little different.

The biggest difference between an assertion and the simple language constructs you’ll be used to is that with assertions, if the assertions fails (i.e. evaluates to false), execution of the application will terminate immediately. Now this might sound pretty drastic but the key point is that by terminating, we provide ourselves with the opportunity to debug why our assertion failed.

This is an important point. If we were using normal language constructs such as if statements or optional bindings, execution would simply limp along in some indeterminate state rather than giving us the opportunity to check what had gone wrong or understand how we got there. We could do this with the debugger, but assertions give us the opportunity to stop our program at that critical point where one of the codes assumptions fails regardless of whether we’re running in the debugger or not. This allows us to optionally print out additional information to help diagnose the reason that our assertion failed as well as, when running in a debug environment such as Xcode, allowing us to interrogate the state of the applications variables and call stack. This is invaluable for building quality into your applications.

Beyond this first point, the second thing that assertions do is give us a measure of control over when these checks are performed.

To understand this further, lets take a little detour and look at how we control build optimisation in Swift.

In Swift, debug or release modes are controlled through the SWIFT_OPTIMIZATION_LEVEL compiler setting.

Things are a little simpler than they have been previously and there are only really three different levels of optimisation available in Swift. These are:

When we’re developing Swift code in Xcode or writing it within an Xcode Playground, by default, our code compiled as a debug build. Under the hood this equates to the -Onone optimisation level. At this optimisation level the compiler performs no optimisations which in turn makes debugging your code and tracing it back to the original line of source code significantly easier.

The final level of optimisation supported by the Swift compiler is -Ounchecked.

This is the optimisation level you want if you’re going for the absolute best blazing performance you can. Although this level of optimisation does improve performance, it only achieves this through the introduction of a certain level of risk. At this optimisation level, the Swift compiler will skip many of the safety checks it would normally perform within the code in order to squeeze out the last ounce of performance. Usually, you will only want to use this mode if you really know what you’re doing.

Ok, so we’ve looked at the different levels of optimisation supported by the Swift compiler but how do these affect the performance of assertions in Swift. We’ll look at this in the next section.

The Five Types of Swift Assertion

Each of these assertions behaves slightly differently and in the majority of cases, the optimisation level that the code is compiled with has a direct effect on whether they are evaluated or not. Let’s start by looking at the first of these assertions, the assert() function.

The second parameter is an optional string parameter. Should the assertion fail, this string will be printed within the console log and can be used to provide additional information and context to why the assertion failed. For example:

If you’re following along in a playground or in an Xcode project, you’ll have noticed in the examples above, that not only was the assertion message printed in the console, but the output also included the name of the file and the line number of the assertion that failed. The file and line number can actually be modified using the last two parameters to the assert(_:_:file:line:) function, the file: and line: parameters.

By default, these parameters are set to the result of the #file identifier (which retrieves the name of the current file) and the #line identifier (which retrieve the current line number) but you can replace them with anything you like. Note though that if you do want to modify them the file: parameter is a StaticString (a simply a simple String-like type that can be used to store a static string literal) and the line: parameter is a UInt.

Ok, so that’s the basic syntax and semantics of the assert(_:_:file:line:) function, but how does it actually behave and when is it actually evaluated? Well, the key thing to remember about the assert(_:_:file:line:) function is that it is only evaluated when the code is compiled with an optimisation of -Onone (essentially debug only). This means it will be evaluated in Xcode’s default Debug configuration and when written as part of a Swift playground.

For release builds (i.e. those builds compiled with an optimisation of -O which is the default for Xcode’s Release configuration, the boolean condition passed into the assert(_:_:file:line:) function is not evaluated and there are therefore no side effects of that evaluation. This essentially means the assertion check is skipped in release builds.

Finally, in builds with an even higher level of optimisation (i.e. with an optimisation of -Ounchecked), not only is the boolean expression not checked, but the Swift optimizer may also automatically assume that the condition would have evaluated to true. Obviously, if this isn’t the case, this can have some pretty serious dire consequences for your application.

Although the names differ, the precondition() function and the assert() functions exhibit almost the same behaviour.

So on the face of it, the assert(_:_:file:line:) and precondition(_:_:file:line:) functions are exactly the same. This similarity continues in Playgrounds and builds with an optimisation level of -Onone with both functions printing the supplied message and then stopping the the application in a debuggable state should the assertion fail.

Where the two assertion functions we’ve looked at so far both had four parameters the assertionFailure(_:file:line:) function only has three – an optional message and optional file: and line: parameters.

Instead of evaluating a boolean expression as part of its assertion check, the assertionFailure(_:file:line:) is triggered on execution. As such, the function acts as a kind of back stop or watch dog, and is used to give a hint to the compiler that the particular context (such as the branch of an if statement or case in a switch statement) should never have been executed.

For example, say you had an index value and wanted to use it in a switch statement but knew from logic elsewhere in your application that there was no way you should get an index value above 2 you may choose to place a call to assertionFailure(_:file:line:) in the default case to stop execution if it is ever executed:

So that bring us onto the last of Swift’s assertion functions the fatalError(_:file:line:) function.

In all honesty, the fatalError(_:file:line:) function at first glance is almost a carbon copy of the preconditionFailure(_:file:line:) function. Taking exactly the same parameters – an optional message and optional file: and line: parameters, and being evaluated in exactly the same situations (i.e. builds with optimisation levels of both -Onone and -O), you’d be forgiven for wondering what the difference between the two is. In reality the difference is subtle, and one best explained with an example.

Suppose you had a function that took an integer index and looked up a particular String value based on the supplied index and returned it but also for other reasons you knew that those index values would never be greater than say, 2, you might write a function something like this:

But if you put this into a Playground or Xcode project you’d see a problem. The compiler raises an error complaining that the function does not return a String value in the case of the default case of the switch statement. We could solve this by adding a call to the abort() function, immediately after the assertionFailure(_:file:line:) function like so:

But this adds an additional extraneous line of code to our source code and in reality, it’s a more elegant solution to use the fatalError(_:file:line:) function.

The subtle difference with the fatalError(_:file:line:) function is that the functions declaration is marked with an additional Swift attribute – the @noreturn attribute – that the other functions we’ve looked at so far, don’t have and in this particular example, this attribute makes a big difference.

By marking a function as @noreturn, we are actually telling the compiler that any call to the marked function will not return to its calling function as it normally would, in this case because execution of the application would terminate. As a result, Swift compiler no longer checks for a return value from the default case of the switch statement as it can tell by the execution flow, that execution will enter the fatalError(_:file:line:) function and won’t return. If we return to our example then, we can take advantage of this and re-write it as:

And this as you’ll see if you’re following along, the compiler is now happy!

A Final Note on Assertions

So that about wraps it up for assertions.

When it comes to designing, implementing and debugging our code, this can be extremely useful. Not only do assertions allows us to articulate our critical assumptions within code they also help us to design code that ensures the conditions leading up to those assertions are highly unlikely, whilst simultaneously providing us with flexibility and control over when those assertions are enforced.

In some cases, developers advocate that you should only use assertions when developing and debugging, whilst others recommend leaving them in in production as well. My personal preferences lean toward the latter of these two camps. My view is that although triggering an assertion failure is not good, and is definitely not a great experience for end users, I would far rather know about the failures and attempt to fix them, either though additional handling and checking in our code or redesigning things so ensure that the situations leading up to the assert failures don’t occur. For me I feel that this is a better approach to improving the quality of my applications. Whatever your views though, there is no escaping it – assertions in Swift are a very useful tool and one that you should definitely think about using.