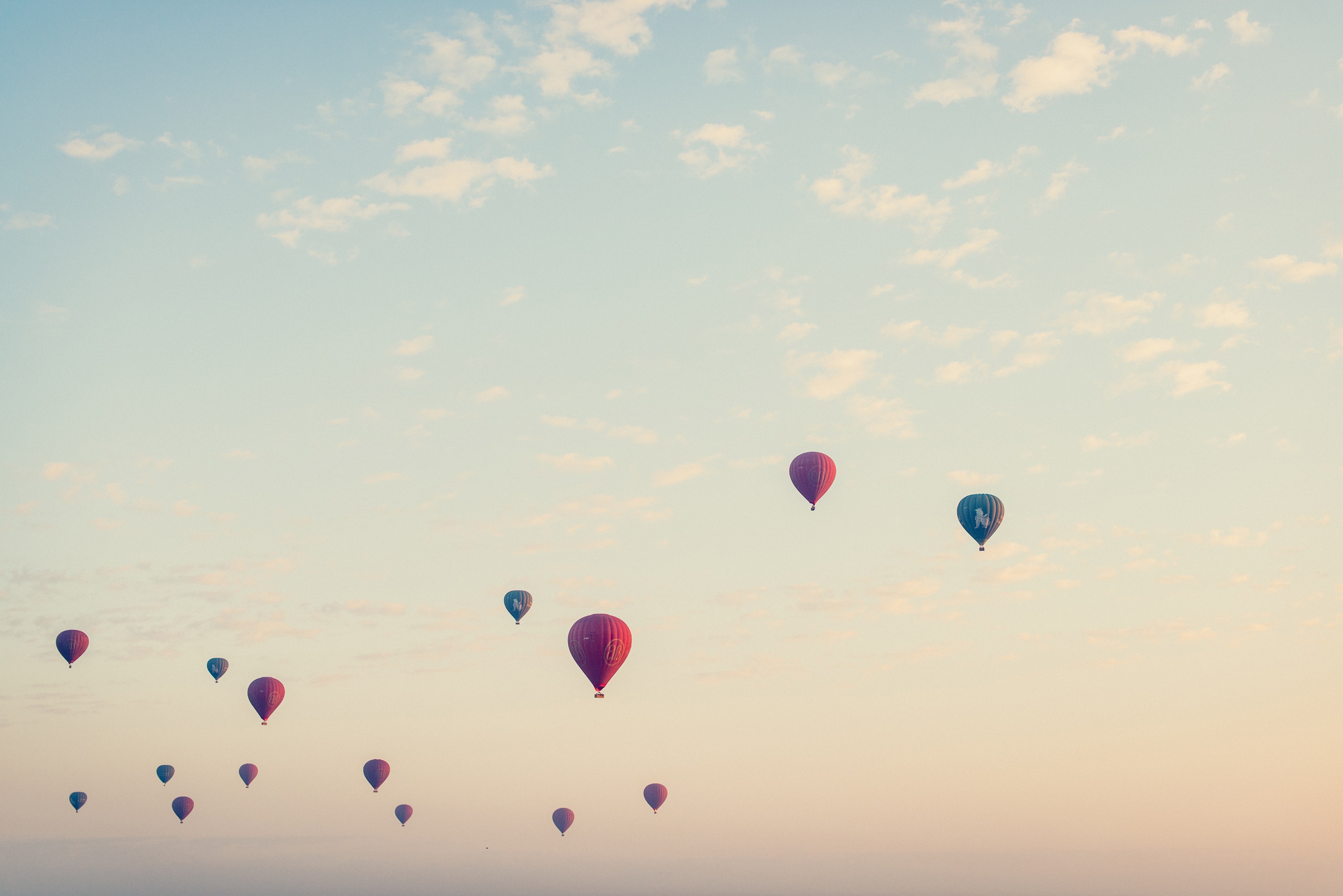 In my previous post we learnt the fundamental concepts of how binary could be used to represent real numbers (i.e. numbers with a fractional component). When it comes to storing these numbers though there are two major approaches in modern computing. These are Fixed Point Notation and Floating Point Notation.

In today’s post, we continue to build our background computer science knowledge and look at the details of these storage formats. This knowledge will be useful in upcoming posts when we dive into Data Types the fundamental building blocks of an iOS application.

This is the problem that both Fixed Point and Floating Point Notations representations attempt to solve.

To get started then, let’s take a look at Fixed Point notation. It is the simpler one of the two representations.

On top of this, we apply a notional split, locating the radix point (the separator between integer and fractional parts) a fixed number of bits to the left of its notational starting position to the right of the least significant bit. I’ve illustrated this in the diagram below.

During this conversion there are three directions that the radix point can be moved:

Let’s take a look at a couple of examples.

Lets assume we have an 8-bit signed binary number 000110112 that is stored in memory using 8-bits of storage (hence the leading zeros).

In our first scenario, lets also assume this number was stored as a signed fixed-point representation with a scale factor of 22.

As our scale factor is greater than 1, when we translated the bits stored in memory into the number we are actually representing, we move the radix point two places to the right. This gives us the number: 11011002 (Note the additional zeros that are appended to the right of the least significant bit).

In our second scenario, let us assume that we start off with the same binary number in memory but this time we’ll assume that it is stored as a signed fixed-point representation with a scale factor of 2-3. As the exponent is negative we move the radix point three places to the left. This gives us the number 00011.0112

The major advantage of using a fixed-point representation is performance. As the value stored in memory is an integer the CPU can take advantage of many of the optimizations that modern computers have to perform integer arithmetic without having to rely on additional hardware or software logic. This in turn can lead to increases in performance and when writing your apps, can therefore lead to an improved experience for your users.

However, there is a downside! Fixed Point Representations have a relatively limited range of values that they can represent.

If the number you want to represent fits into this range then things are great. If it doesn’t though, you have to look for an alternative! This is where Floating Point Notation comes in.

For example, the level of precision we need when we are talking about the distance between atoms (10-10 m) is very different from the precision we need when we’re talking about the distance between the earth and the sun (1011 m). This is a major benefit and allows a much wider range of numbers to be represented than is possible in Fixed Point Notation.

When we use Scientific Notation in decimal (the form you’re probably most familiar with), we write numbers in the following form:

In this form, there is an optional sign indicating whether the overall number is positive or negative, followed by a mantissa (also known as a significand) which is a real (fractional) number which in turn is multiplied by a number base (or radix) raised by an exponent. As we know, in decimal this number base is 10.

Floating Point Representation is essentially Scientific Notation applied to binary numbers. In binary, the only real difference is that the number base is 2 instead of 10. We would therefore write Floating Point Numbers in the following form:

Now, you may not have realised it but when we write numbers in scientific notation (whether they be binary or decimal) we can write them in a number of different ways.

Normalised Scientific Notation is a nomenclature that standardises the way we write numbers in scientific notation. In the normalized form we have a single key rule:

“We choose an exponent so that the absolute value of the mantissa remains greater than or equal to 1 but less than the number base.”

Let’s look at a couple of examples!

In normalized form though, we would apply the rule above and move the radix point so that only a single digit, greater than or equal to 1 and less than (in this case) 10 were to the left of the radix point.

In this case this would mean moving our radix point two places to the left so we had 5.0 x 10?.

Lets look at a slightly more complicated example, this time in binary.

What if we had the binary number 10.12? What would this be in scientific notation? Again we apply the rules: We need to have a mantissa that is greater than or equal to 1 and less than our number base (which this time is 2).

That would mean our mantissa would need to be 1.01 x 2?. To get back to our original number we would need to move our radix point 1 place to the right. What does right mean? That means the exponent is positive.

Last example. This time one that is a little more tricky!

Imagine I had the number 0.1112 and wanted to write it in normalized scientific notation? Again, we apply the rules. We need a mantissa greater than or equal to 1 and less than 2.

Now, to get back to our original number we would need to move our radix point 1 place to the… left. What did we learn about moving to the left? That means our exponent is negative. That gives us: 1.11 x 2-1.

As you’ve probably worked out by now, Floating Point numbers are used everywhere in modern computing. Whether it be the percentage of the market that have upgraded to the latest version of iOS, the current position and orientation of your iPhone in space or the amount of money flowing into your your bank account following the release of your latest blockbuster app!

Because of its wide use, the format used to store Floating Point numbers in memory has been standardized by the Institute of Electrical and Electronic Engineers in something called IEEE 754. This standard defines a number of different binary representations that can be used when storing Floating Point Numbers in memory:

In each of these cases, their basic structure is as follows:

When it comes to storing Floating Point Numbers in memory, only three critical parts of that basic structure are stored:

The diagram below shows these parts are stored in memory:

The Exponent represent the power to which the mantissa will be raised. There are always a fixed number of exponent bits when storing a floating point representation in memory and the exact number of bits that are used is defined by the particular IEEE 754 representation (Single Precision, Double Precision etc). We’ll take a look at this shortly.

In the IEEE 754 representations, the mantissa is expressed in normalized form. The formats follow the same rules for normalization as we saw with Scientific Notation, and puts the radix point after the first non-zero digit.

In binary though, we also get a nice little bonus!

As we are expressing our numbers in binary, we get the benefit of knowing that the first non-zero digit will always be a 1 (after all we can only have 1’s or 0’s). Given this, we are therefore able to drop that first bit, simply assuming it is there, and instead gain an additional (implicit) bit of precision.

When numbers are stored, we only store the part of the mantissa that represents the fractional part of the number, the part to the right of the radix point. The table below shows the effect of the implicit integer bit and the effect that it has on the overall precision:

In summary then, the IEEE 754 standard defines four main formats for the representation of binary floating point numbers in memory:

In addition to these formats, the IEEE 754 standard also defines a number of numerical symbols that it is also worth knowing about. We’ll explore these briefly in the next section.

As we have seen, when representing numbers in Floating Point and storing them in memory, we write our numbers in a normalized form before dropping the implicit set bit before the radix point. When the numbers in memory are interpreted, the implicit bit is re-instated. This implicit assumption that the bit immediately to the left of the radix point is set to 1 causes problems though. What if we wanted to represent zero?

To get around that problem, the IEEE 754 standard defines zero as a special case and represents it by using an exponent of 0 and a mantissa of 0. Due to the sign bit still being available this leads to values of -0 and +0 the standard defines that they must compared as equal.

The IEEE 754 also allows representation of numbers in a denormalized form. If the bits in the exponent are all zeros but the mantissa is non-zero value the number is said to be stored in a denormalized form. In this case, when the number in memory is interpreted, the assumption that there is a bit set to the left of the radix point is again ignored. This leads to numbers in the form:

Where s is the sign and f is the fractional part of the mantissa.

IEEE standard also defines a mechanism for representing infinity. Infinity is represented by an exponent with all the bits set and a mantissa with all the bits cleared. Again, the sign bit remains in effect which leads to the concept of +infinity and -infinity.

Not a Number (NaN)

The final thing that is of interest in the IEEE standard is the concept of Not A Number (NaN). This is used to represent a number that is not a real number. This is represented in memory by an exponent with all bits set and a non-zero mantissa. Most commonly you will see this reported by your compiler, usually when you’ve tried to divide something by zero.

In summary then, the table below shows the different values of the exponent and mantissa and the special values that are being represented as defined by the IEEE 754 standard:

That about wraps it up for Fixed Point and Floating Point numbers for today. By reading this post I hope you will have gained a deep understanding of the differences between Fixed Point and Floating Point representations. That will allow you to make a much more informed choice about how to store information within your apps in future. In forthcoming posts you will see that this provides a solid foundation on which to build your iOS development knowledge. Your knowledge should continue to grow if you work through my next post!

For now though, thanks for joining me and if you have any questions, please don’t hesitate to leave them in the comments below.