You are here: Home / Swift / If This, Else That – Basic Decision Making in Swift 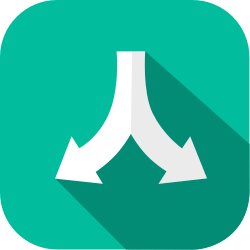 Information is at the heart of nearly every iOS application we write. Information comes in, we write code to process it, we make decisions based on that information and then potentially take some action. But how exactly do we make those decisions?

What is a Statement?

You may have heard the term before, but in Swift, a statement is everything that makes up a line (or in some cases several lines) of code.

This includes the keywords or tokens built into Swift, the names and types you use for your constants and variables, the operators you use in performing calculating as well as the optional semi-colon you may (though probably won’t) choose to include at the end of each statement.

In Swift there are three primary kinds of statement:

Simple Statements are the most common type of statement and consist of either expressions or declarations. We’ve already taken an in-depth looked at expressions and declarations in this previous post here.

Compiler Control Statements are the second of the three groups. These are used to change how the Swift compiler itself behaves. This is an advanced topic and so for now, we’re going to leave these statements for a future article.

Control Flow Statements are the third of our three groups. This control flow statements are used to control the flow of execution within our program and it is this group that we’re going to focus on within this article.

In Swift, the control flow statements can be broken down into three main subgroups:

Loop statements allow a block of code to be execute repeatedly, either indefinitely or until some condition is no longer true. There are four main types of loop statement; the for-condition-increment loop that will soon be removed in Swift 3.0, the for-in loop, the while loop and the repeat-while loop. I’ve already covered loop statements in detail in this post so I’m not going to go into any more detail here.

The final group of control flow statements in Swift are the branch statements. The brand statements provide provide our basic decision making capabilities within Swift. This group of statements allows us to take different paths through our code, executing different code blocks based on the outcomes of one or more conditions.

In Swift, there are three types of branch statement.

For now though, let’s look at the third type of branch statement that is available in Swift, the if statement.

The if statement in Swift is by far the most common form of branch statement that you will use and the good news is that it is probably the simplest to understand.

Let’s start with the basics.

The if statement in Swift is used to optionally execute a block of code based the result of one or more boolean conditions.

The boolean condition it uses can be a single boolean expression or multiple expressions combined together using using Swift’s logical operators AND (&&) or OR (||). As with many other conditions in Swift, the boolean condition in an if statement does not need to be wrapped within a set of parentheses (though you can if you want to) but it does need to result in a single value, and one that conforms to Swift’s BooleanType protocol. 99% of the time, this means either a value of true or false.

In their most basic form, the if statement in Swift has the following structure:

If this given condition evaluates to true then execute these statements with this code block.

We can have a look at an example of this below.

Say we were wanted to print out the value of a variable x if and only if that value were great than or equal to 5. We could do that as follows:

Here we declare a simple constant x and initialise it with the value 7. When the if statement is encountered, the value of x is compared to the literal value 5 using the greater than or equal to operator (>=). The result of this comparison is a boolean value, in this case the value true, and due to the fact it is true, the body of the loop is then executed, printing the value of x before exiting.

Let’s have a look at another example. What if I wanted to print out the value of x if it was not equal to 5:

In the is case, we have two boolean expressions (y >= 5 and y <= 10) combined together using Swift’s AND (&&) operator. The AND operator requires both expressions to true for the overall expression to evaluate to true. In this case, because y with a value of 10 is both greater than or equal to 5 and less than or equal to 10, the body of the if statement is executed and the value of y is printed. Get the idea?

Ok, let’s take things one step further. In addition to being able to use an if statement on its own, we can also combine the it with an else clause.

The basic structure of the if-else statement is as follows:

Let’s have a look at another example. This time we’re going to look at how we can print two separate messages, one when the value of x is less than or equal to 5 and one where the value is greater than 5:

This time, we set the value of our variable x to 6. When the if statement is reached, the expression is first evaluated. In this case the expression (x <= 5) evaluates to false as x is actually greater than 5. This time then instead of executing the first code block, the code block associated with the else clause is executed printing out the fact that x is greater than 5.

So let’s have a look at this bit-by-bit. First, we declare our constant x and initialise it with the value 6. We then start executing the if statement.

Let’s look at an other example. What if we modified our example slightly and only wanted to print a message if the value of x is either less than 5 or equal to 5 but didn’t want to print anything out for all other cases. Well as we saw when we first looked at the if statement, the else clause of the if statement is actually optional. With this in mind, we can therefore chain two if statements together but are not obliged to include an else clause:

In this example, I’ve omitted the catch-all else clause we saw in the last example. The execution of the first two stages of the chained if statement work in exactly the same manner as we just went through. This time though, when the condition of the second if statement (x == 5) evaluates to false, there is no else clause to execute so execution continues immediately after the closing brace.

The next thing I want to talk about with regards to if statements is nesting.

As we saw in my post on loops, many of the control flow statements in Swift support the concept of nesting where one statement can be nested within the body of an other and the if statement is no exception.

For example, say we wanted to modify our example slightly and print a message if the value of our variable was less than 5 but print whether the value was odd or even if the value was greater than or equal to 5. Lets give it a go:

Now, I do want to raise a word of caution with regards to nested if statements. You’ve probably heard the phrase before;

Just because you can, doesn’t mean you should.

Although nested if statements can provide you with extra decision making power, you should minimise the number of levels of nesting that you use in your program. Additional levels of nesting make your code correspondingly more difficult to read and in Swift, there are a number of other branching statements such as the switch statement that can often achieve the same result but more elegantly. Just try to keep it in mind.

Anyway, that about wraps it up for today. As we’ve seen, the basic syntax for the if statement in Swift is pretty simple but when combined with the else clause and multiple boolean conditions can be a powerful way of changing the behaviour of your application by executing different paths through your code. As ever, if you have any questions or need more information don’t hesitate to get in touch.