You are here: Home / Swift / The Switch Statement in Swift 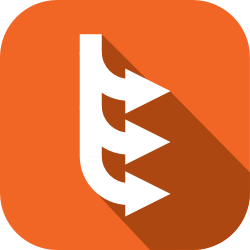 So, we’ve talked about it, but what does a switch statement actually look like in code?

Well, if you’ve done any programming in other C-based languages before, the basic syntax for the switch statement in Swift will be relatively familiar to you:

Each case in a switch statement represents one potential path through our code.

Each case can be either an explicit case (a case that encompasses a pattern against which to match the switch value) or a default case (that doesn’t have a pattern but will match if none of the previous cases have matched).

In their most basic form each pattern in a case is a value (also known as an identifier pattern (we’ll talk more about identifier patterns in a future post) against which to compare the switch value. These values can be anything – the integer 42, the string Hello or much even more complex compound values such as tuples.

Where the switch statement in Swift differs from similar statements in other languages though, is that these patterns can also extend far beyond these simple value matching uses.

In Swift the very same pattern matching mechanism we talked about just now also encompasses much more complex patterns that we can use to match composite values such as tuples, patterns to match optional types, patterns to compare values against ranges and even patterns that allow us to bind matched values to new constants and variables.

We’ll look at all of these pattern matching options in a future post but for now, let’s focus on the switch statement itself and look at the second type of case in a switch statement – the default case.

The simplest form of switch statement we can therefore write is:

Now, apart from being a default case that matches if none of the previous cases match the default case also plays a more important role than you may be used to from the other languages. This is for one primary reason – in Swift, the cases of a switch statement must be exhaustive.

So what does that mean?

The reason Swift’s language designers took this approach is to ensure that bugs don’t creep into our code where we are considering a switch value and none of the cases match. This adds a lot of safety but does leave us with a problem: How do we write explicit cases for every potentially value. It simply isn’t feasible. Unless we use the default case.

So it is for this reason that the default case of a switch statement in Swift is slightly more important than it would be in other languages. It provides a catch-all case that allows us to ensure all possible values of a type are covered without having to write a whole bunch of explicit cases. In fact, if you forget to include the default case in your switch statement and the previous explicit cases don’t collectively cover all the potential values of the switch value, the Swift compiler will raise an error and demand that you include a default case.

Ok, that’s the different types of switch case, but what about the code blocks associated with each of those cases?

For example, the following is illegal in Swift due to the first case having no statements within it’s associated code block:

In this case, the compiler will raise an error indicating that the first case did not contain any executable statements.

But this leaves us with a problem. What if we wanted to simply ignore certain values in a switch statement? Say I had a switch value that was an integer and only wanted to do something if the integer had a value of 1 or 2 but didn’t want to execute anything otherwise? What would we put in our default case here?:

We’ve already seen that our case statements need to be exhaustive so we have to include a default case, but we don’t actually want to execute any code in this case. This is where the break statement comes in.

As we’ve seen in a previous post the break statement can be used to immediately end the execution of a loop, an if-else statement, a do statement or a switch statement by breaking out of that statement and transferring execution to the first statement immediately after the statements closing curly brace (}).

Now, there are a few other situations we should also look at before we close things out, the first is how we match multiple potential values and execute the same code block for each.

Imagine the scenario, you want to write a switch statement where the same block of code needs to be executed for more than one value switch value. Say it was a dice role, and we wanted to print out the face that the role was odd or even (a slightly contrived example but go with it for now).

But that’s a lot of duplicate code for not much benefit. As an alternative then, we could turn this into a more compact form by supplying multiple, comma-separated, patterns for each case:

In this version, the switch statement will compare the switch value to each of the patterns listed in the case and if any one of them matches, the code block associated with that case will execute. It’s a sort of short-hand form that stops us having to write the same code blocks in multiple places as we saw in the previous example. In addition, if we had a lot of different patterns, we can either write all of the patterns for a particular case can be written on a single line as I’ve done here, or can also be written over multiple lines if necessary. It just helps with making our code a bit clearer.

Ok, we’re pretty much there, just one more thing I wanted to cover today and that is the concept of fall through.

If you’ve ever worked with switch statements in other languages, you’re probably familiar with the concept of fall through.

Fall through is where the execution path in a switch statement, matches a particular case, executes the code block associated with that case and then falls through to execute the code block of the next case as well.

In other C-based languages, this actually the default behaviour and usually necessitates adding a break statement to the end of each cases code block to prevent this behaviour thereby ensuring execution continues after the switch statements closing brace.

Swift however, is different. You may have already noticed the absence of break statements in each of the switch cases we’ve looked at so far (with the exception of the one specific case we just looked at). This is because in Swift, the cases of a switch statement do NOT fall through by default. Instead Swift’s language designers decided to take the opposite approach, opting to eliminate the often tricky-to-track-down bugs due to missing break statements in preference to the predictability afforded by cases not falling through automatically.

For example in following code example, the code block of the second case is never executed due to the switch value matching the first case and then execution continuing after the closing curly brace of the switch statement. (This code might look strange but it is actually perfectly valid in Swift – though you’d probably never write it):

Now, with everything I’ve said above, it is not to say that fall through is impossible in Swift. There are actually some valid situations where fall-through is a useful concept so to account for this, the Swift language also supports the fallthrough statement.

The fallthrough statement allows us to opt-in to the fall-through behaviour seen in other C-based langauges on a case-by-case basis. It’s a mechanism that lets us indicate to Swift, that we want execution to continue with the code blocks of subsequent cases in the switch statement and allows us to force the execution of those code blocks regardless of whether the patterns in those cases match the switch value.

When execution is transferred to the new code block, the pattern matching we’ve talked is also skipped for the new case, and instead simply jumps to the statements associated with that case and starts executing them, regardless of whether that case matches the switch value or not.

Let’s have a look at another example. For this, we’ll modify our previous example slightly. This time, we’ll add our fallthrough keyword to the first case and follow it with a print statement. We’ll also modify the pattern for the subsequent case to a value that doesn’t match our switch value:

Notice the output? This time, the switch statement matches our switch value of 2 to the first case and executes the associated code block. This involves first printing out the word Hello before execution hits the fallthrough statement.

As we’ve just discussed, the fallthrough statement causes execution to immediately jump to the code block of the next case. In this case this means it skips the print statement that printed out the words Something else and instead continues with the code within code block of the second case even though our switch value (2) doesn’t match the pattern for that case (3). Get the idea?

Ok, there we have it. Swift’s switch statement. I’m going to leave it there for today but in a future post, we’ll take a deeper dive into the different kinds of pattern that you can use in conjunction with the switch statement cases. Until then, if you have any questions, observations, feedback or if I’ve missed anything or got anything wrong then please get in touch and if you’ve found this useful, I’d really appreciate it if you could share it with your friends.